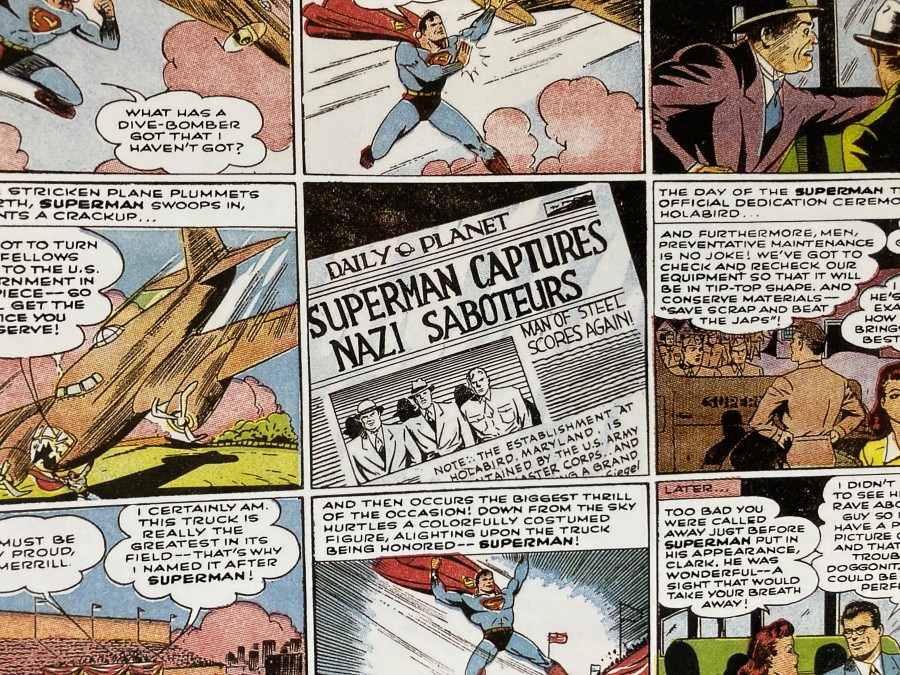 After waiting a few years for the Library of American Comics to release the initial Superman Sundays in a new edition themselves (given how great of a job they do!) I finally caved and bought a cheap copy of the Sterling hardcover off eBay.

Although I’ll definitely buy it again if released by LOAC!

I had never read these Sundays, since I think colored panels lend themselves better to comic books, rather than comic strips, which I generally prefer in black and white, but I found myself enjoying these stories overall.  While most feel like restructured stories for the comics that didn’t see print, there are a few genuinely good romps in this collection of Golden Age Superman.

The Sunday page pictured above was a pleasant surprise for me, in which Superman fights giant mechanical monsters, a la the classic Fleischer cartoon. After having read the first two omnibus volumes of Golden Age Supes, five years of Golden Age dailies and one collection of Golden Age Sundays, this was the first time I’d seen anything close to it, and I was a happy camper. “Mechanical Monsters” is probably my favorite episode of the Fleischer cartoons, and there was clearly some inspiration drawn from here (the Sunday story premiered in 1940, a good year before the cartoons). Jerry Siegel, who is credited as having written all the stories collected in this volume, seldom used this type of science fiction villain during the Golden Age, but it goes great when paired with Superman’s sci-fi roots as well. It was a welcomed change of pace from the typical extortion scheme or shady business dealings he often went up against in this era.

The other pleasant surprise in this book was that by 1942, the Sunday newspaper strip, just like its counterpart in the dailies, made a very deliberate pivot to depict Superman during WWII.  Gone are the aforementioned fights against crooks taking advantage of the ordinary citizenry of Metropolis, and in are fights against Hitler’s Third Reich.  I enjoyed the 1943-1946 Sundays very much, so finding that there was a full year of Superman stories from the Big One in this volume was wonderful.  In this first year of stories from the war, Supes fought Nazi plots and war machines head on, which make for great opponents for the Man of Steel. Like nearly every newspaper strip or Hollywood movie of the day, Superman became very much part of the US’s war propaganda, and the stories contained here are a lot of fun.  Fans to this day love stories about Golden Age superheroes fighting Nazis- and I’m definitely no exception- so it’s always fun when you find them straight from the source, as it were.

The art on these strips seems an awful like those of the 1943-1946 volume, which was done by the Shuster studio, but primarily Wayne Boring. I’m sure there were others who chipped in on backgrounds and such, and Shuster himself would touch up faces for Superman and Lois for many years, prior to his and Jerry Siegel’s firing in 1947. The art here is adequate and just fine for its time. It does the job and doesn’t distract from the story. I do still wish that LOAC release their own copy of these Sundays one day, as they just seem more spiffed up with every book they do, although it could just be the paper they use, which is more matted than glossy, and might be better for these old colors and inks. Still, if this is the only version ever released, I can live with it, especially with the nice Pete Poplaski art on the covers and inside flaps.

Superman is a national treasure and while the character depicted in his early adventures is not quite the one we know and love today, a lot of the ingredients are there from the beginning. With the Golden Age, we are witnessing the birth of an Americana that has lasted for over eight decades, and that is no small achievement. For the sake of posterity, if nothing else, books like these are wonderful additions to any Superman collector’s library.

Overall, this is a fun volume to read and own.  If you’ve read any of the initial Golden Age adventures, I’d say the first half or so of this book will be generally more of the same.  As it moves on though, there are some nice pearls of stories that are exclusive to this volume.  Check it out when you get a chance, I think you’ll enjoy it. 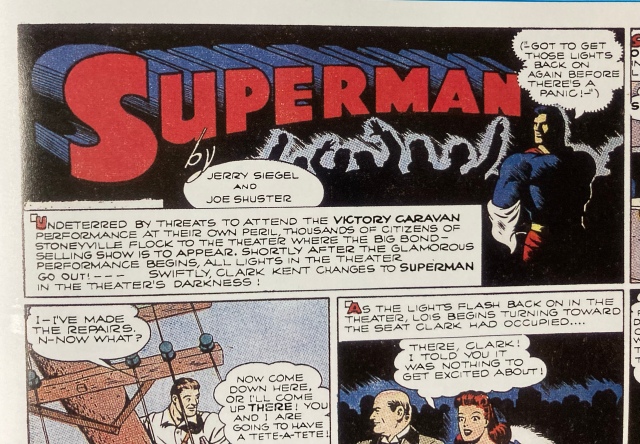