It does my heart a lot of good when I see some of my favorite comic book creators from my childhood continue to work in the industry, and it’s even better when their output stays at a high level. A writer who may have been great in the 70s, 80s, or 90s doesn’t quite translate to the 2000s if they simply do what they’ve always done, no matter how successful. When a writer does successfully adapt however, it is tremendously impressive.

Dan Jurgens is one of those writers. 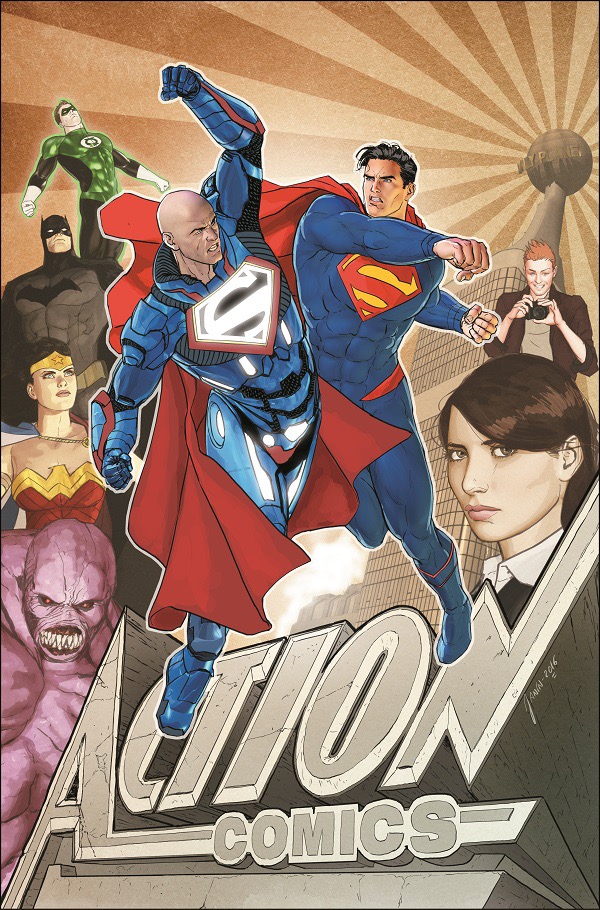 Having just come off the wonderful Lois and Clark miniseries, Jurgens was then given the task of continuing the pre-Flashpoint Superman’s adventures in the greater DCU. After the release of the DC Universe Rebirth special, Jurgens’ Action Comics was set to become the new status quo for the characters, concurrent with Peter Tomasi and Patrick Gleason’s Superman (more on that later). His partner this time was slated to be primarily Patch Zircher, although the bi-weekly schedule would necessitate a stable of artists to rotate through as well. A self-contained miniseries where a writer can do whatever they want is one thing, but fully integrating a story into the fabric of a whole new universe is something else. How did Dan fare? 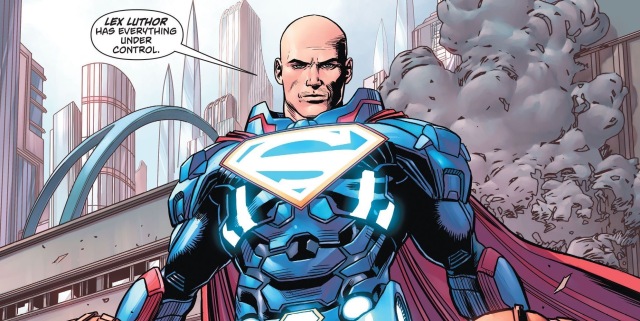 Dan brought with him all the strengths of his well-received mini and plugged them right into the ongoing Superman storyline. The family dynamic, a young boy discovering his powers, love of husband and wife and a fierce desire by all three to do the right thing- a refreshing change from the angsty, journey of self discovery Superman of New 52- were now a fixture in this DCU.

The first issue of Jurgens’ new run featured the emergence of a new, self styled “SuperLex,” spinning out of Geoff Johns’ Justice League, now armed with a motherbox and wishing to take the dead (New 52) Superman’s place as Metropolis’ hero. Lois, Clark, and Jon see this new Lex on the news, Clark runs up the stairs to shave his beard and don the iconic red and blue once again, and we’re off! Several wonderful storylines ensue, with new threats, old villains, and plot lines from the pre-Flashpoint and New 52 DCU follow, but most importantly, the greatest characteristic of Lois and Clark remained: heart.

Heart is Superman’s greatest strength and a defining feature of his new family. Although perhaps more prominent in Tomasi and Gleason’s great run, all the Superman books of Rebirth made heart a central component to every story. Seeing Superman’s adventures continue as a family man, no longer simply doing the right thing himself, but teaching his son to do so as well is just wonderful.

These stories flow beautifully as well. I was very impressed with how Dan was able to update his 90s style for a modern comic- no thought balloons, less exposition, and a more cinematic approach to the storytelling. The selection of villains was great, from Doomsday, Mxyzptlk, and eventually Henshaw, the Eradicator and others, to new threats such as Zod’s family, the Godslayers, and the simple struggles of school, work and raising kids. The result is stories that are highly enjoyable and encapsulate the essence of Superman, no easy feat for many.

If there is a (minor) weakness or two about this run, rereading it this time around I would say there are only two. First off, while it was a joy to get a new Action Comics and Superman book each week, with a fast schedule you’re going to have some artists that are stronger than others, a bit jarring if you read them all the way through. Zircher, Conrad and others are great; Kirkham and Barberi, not as much. 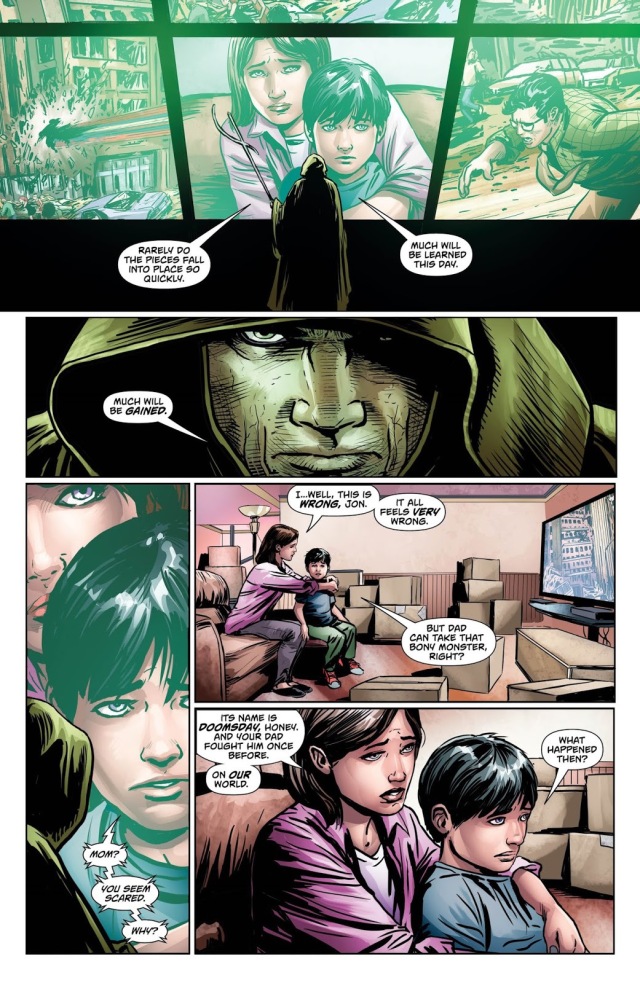 The second, which is even more jarring, is just how much these stories were saddled with trying to explain New 52 continuity plot points to integrate Superman into the universe. The doppleganger Clark Kent was a wonderful subplot (which culminated in a great twist!), but it was ultimately meant to “fix” the problem of Superman’s outed secret identity, which had taken place the year before. The Mr. Oz undercurrent continued from Geoff Johns’ brief run into the new era, which was another juggling act, as was the super Lex Luthor. The fact that Jurgens made very enjoyable stories out of all three however, is probably why I didn’t notice these so much initially, and a testament to how good of a writer he is. You always want to see a creative team given room to breathe with their own plots and stories, but there were no deal breakers here by any stretch.

Jurgens’ run on Action Comics Rebirth was a natural, organic storyline with these characters by someone who clearly knows them inside out and wanted to do more with them. Starting this whole run in an alternate reality allowed the book to go places perhaps it normally wouldn’t, but I’m sure glad it did.

If you haven’t yet, check it out and find out for yourself. It will be worth it.

Next up, visiting Action Comics’ concurrent  book, Superman by Peter Tomasi and Patrick Gleason! If you’re curious to see some of my earlier reviews of Action Comics as they were coming out, you can click here and here. Enjoy!