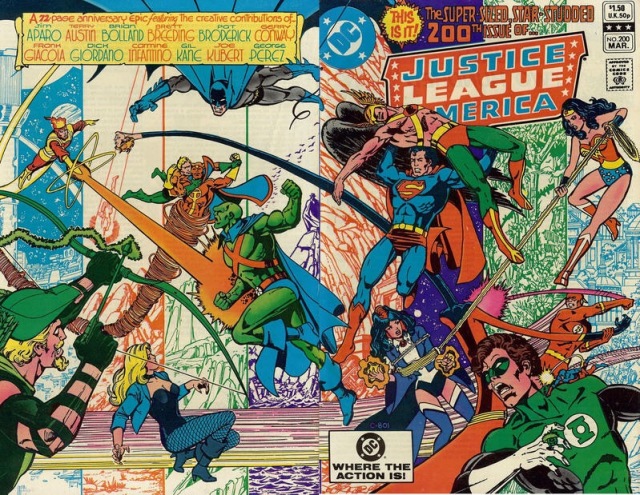 I recently discovered the great 13th Dimension site, which is a fantastic fan site for upcoming comic book news and retrospectives on past eras as well. Admittedly, Dan Greenfield, the site’s owner, is more of a Bat-fan, but there’s still plenty of Superman stuff to check out if you like, as well.

All summer, Dan is doing a countdown of some of the greatest George Perez stories of his career, complete with commentary by the legend himself. This latest edition was a tribute to George’s all too brief run on Justice League of America with Gerry Conway. While I’ve never gotten into the Bronze Age a whole lot, as I prefer post-Crisis DC, you have to admit that Perez’s work at DC pre-Crisis was the gold standard for the company at the time, and maybe the industry as a whole (with the exception of maybe John Byrne, the only artist that decade who comes close in my book). Between Teen Titans, Crisis on Infinite Earths, and Wonder Woman later on, Perez forged a legacy that is difficult to match to this day.

In the interview, as a young artist coming over to DC from Marvel in the late-70s, he talks about how his one wish was to draw the Justice League. He got his chance (albeit a minor one), as a more or less fill in artist for the better part of a year. What was interesting to read was the approach he took to drawing each character, particularly Superman:

“People comment that I try to draw the characters distinctly because Gil Kane would draw a face differently than Neal Adams would, or like Curt Swan would. And I’m trying to filter and say, ‘Look, this is what Superman looks like.’

“That Superman, the only reason he looks like Superman by some artists is because of the costume. Sometimes they might have altered him and the ‘S’ isn’t right or whatever. We start losing the sense of continuity to the character.

“My job in doing these characters, as far as I’m concerned in the industry, is like being a police artist. Police artists are given the same description of a suspect or any other person, and even though (different) styles will show through, you should be able to tell that they’re trying to draw the same character. That’s the thing that bothers me — that other than the costume this doesn’t look like Superman. The jaw is not square, he doesn’t have the cleft in his chin, doesn’t have the proper hairstyle. 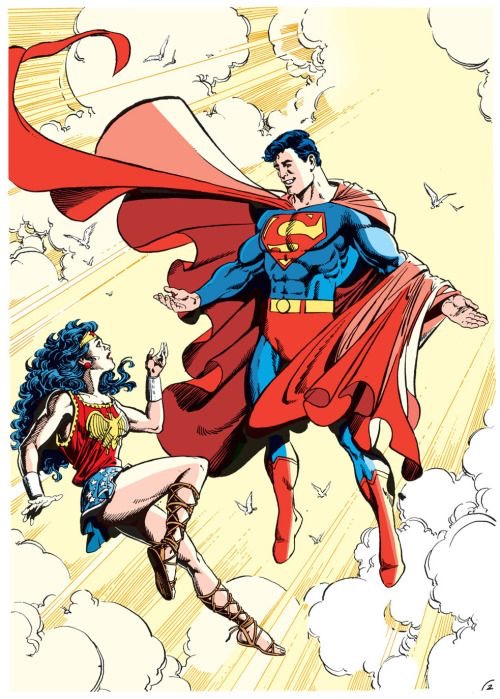 What an interesting take! I contrast this with the well known controversy surrounding Jack Kirby when he was drawing Superman in Superman’s Pal, Jimmy Olsen, only to find out later that Curt Swan drew over the faces to bring it more in line with the “brand.” Kirby took exception with this, understandable given his stature as an artist in 1970. Perez, on the other hand, had no problem emphasizing a “look,” even though, admittedly, he was at a much different point in his career than Kirby was when drawing Supes.

Perez went on to draw Superman in other books and ultimately gave us a pretty decent body of work for the Man of Steel. It’s too bad he retired recently but I’m sure I speak for all fans when I say we wish him all the best! 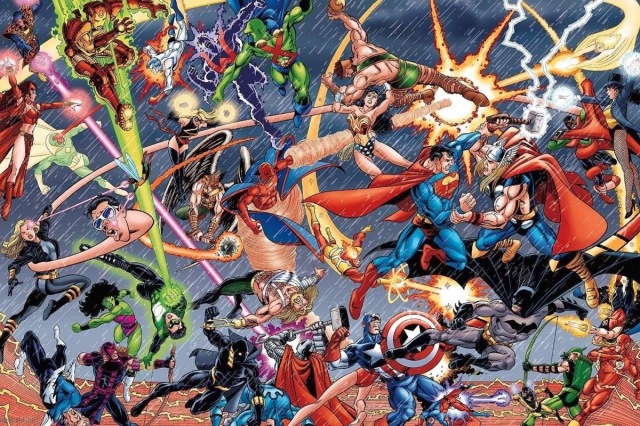 For the full interview and countdown with Perez, head over to 13th Dimension and check it out for yourself!