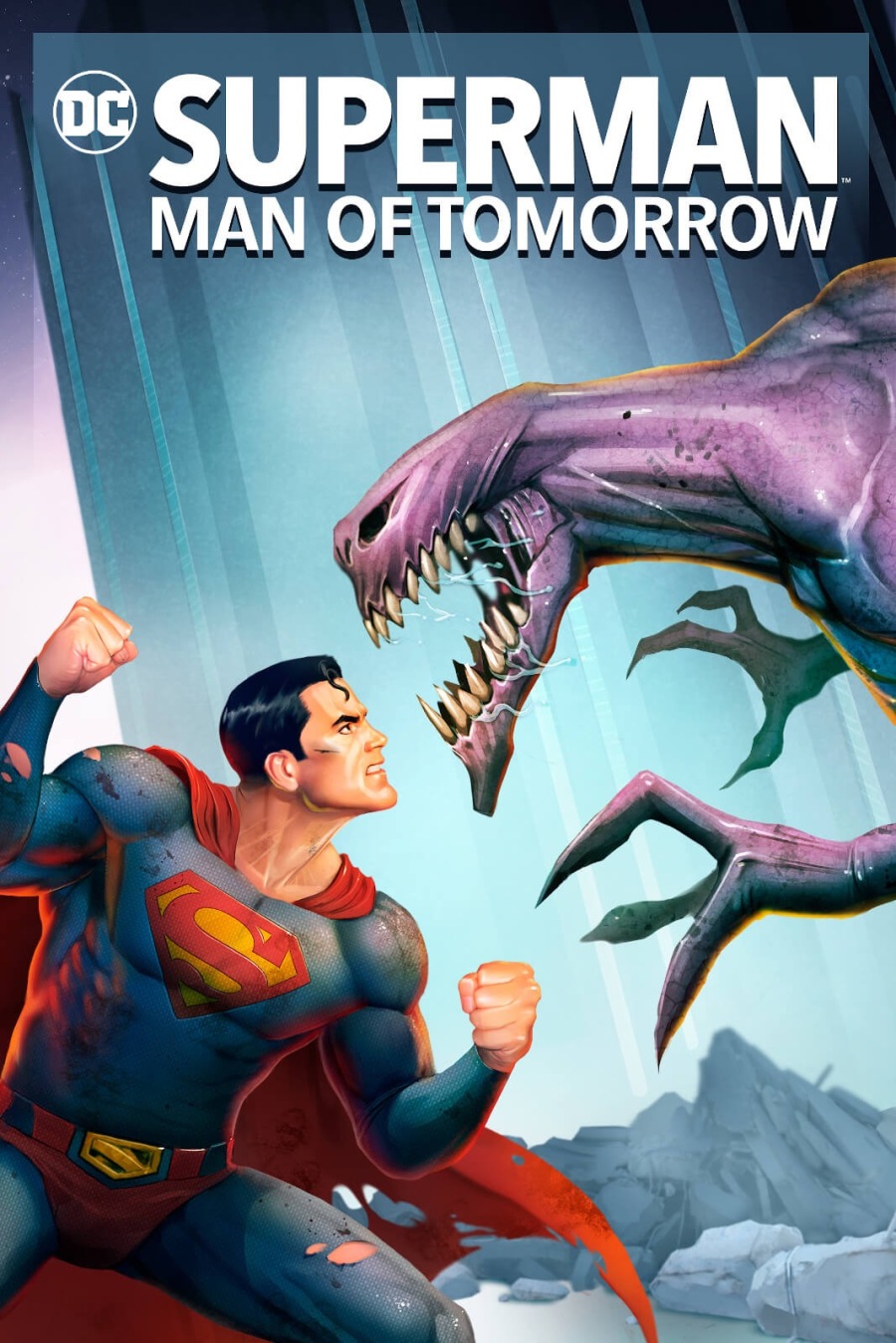 I may not talk about it much, but I really am a fan of animated Superman stories.

As I said a few years ago when reviewing the latest Donner Superman release, I think the Max Fleischer Superman shorts are right there as one of the best adaptations of the character outside of the comics. And maybe in comics, too!

Growing up, I also enjoyed Superfriends and vaguely remembered the Ruby-Spears series, which I picked up a few years back when it was released on DVD and liked as well. I watched, religiously, all the Timmverse animated series from Batman: The Animated Series all the way through Justice League Unlimited, and drank the Kool Aid for those too! 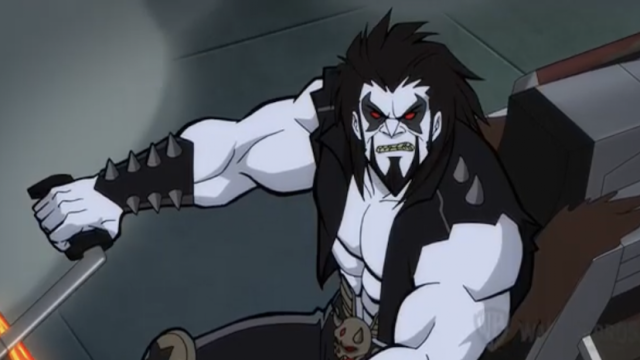 I’ve had my eye a little bit on the made-for-DVD movies that have been the zeitgeist ever since JLU ended, and while I’ve enjoyed a couple of them, the only reason I haven’t been more into them is because I think I’m too much of a purist. My feeling is, if you’re going to advertise these things as basically being direct adaptations of the source material, then by all means make them that way. Instead, what we’ve gotten have been generic-anime looking outputs with some minor design nuances that are used to distinguish each movie from the next, but to me have just been vanilla (with some exceptions).

When I heard DC was rebooting (I guess?) their animated DVD universe, which had become more or less shared for a little while, and that they were starting with a Year One Superman story, my curiosity was piqued. I finally got around to watching Man of Tomorrow this month, and thought I’d write a review for you guys.

Pros: I like this animation style. It doesn’t feel like something married to Bruce Timm while still maintaining a look that is different from other cartoons out there. The style of thick black lines around all the drawings and characters is visually interesting and I hope they keep it.

Metropolis here looks really cool too. The lead animator/background artist and director have really doubled down on a more literal City of Tomorrow for the Man of Tomorrow, and while I don’t always think this works in the comics, it really works here as it fits with the new animation style. You almost feel like you’re watching Superman Beyond. 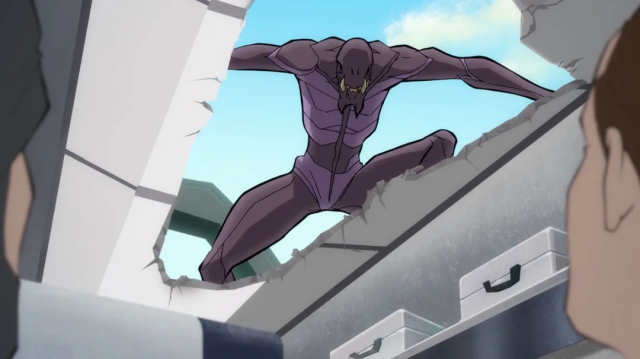 Finally, the voice cast. Perhaps the greatest strength of all these movies has been the inspiring direction of many talented real world actors. It is a strength of all the DCAU, really, and one thread that continued into the present day, and Darren Criss, Alexandra Daddario and especially Zach Quinto are wonderfully cast in their roles as Superman, Lois and Lex. Unlike some movies produced today about comic book characters, whose casting choices sometimes just leave you scratching your head (Jesse Eisenburg…?), the animated shows are always right around the target. As a result, it lets me as a fan know that there’s some love here by the creative team.

Cons: Boy oh boy, I really don’t want this to be a retread of Man of Steel, but so be it.

I. Don’t. Like. The. Superman. As. Outsider. Thing!!! I know some people like it, but it’s not my cup of tea. This movie begins with a young Clark crying at a 50s B sci-fi movie he’s watching with a friend, in which an alien scares two humans that run away. I guess Clark as a boy identifies more with weird alien monsters than with human beings. I get that the writer was going for the topical outsiders-into-the-country thing, but I just don’t think it works for Superman. Although adult Clark doesn’t act the same way, it hangs over the whole movie like a weight around its neck, even though it’s going for sympathy and relatability.

The character is already relatable. Move on. 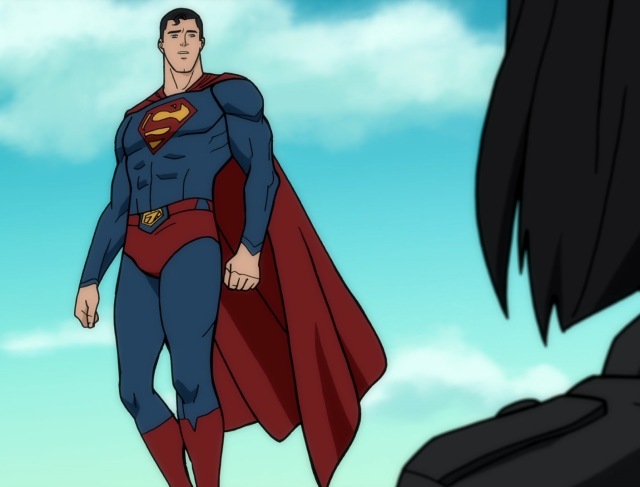 I had thought that Martian Manhunter would be added because of a good John Ostrander story in which he watched all the big DC heroes as they came of age.

It dawned on me later that all three are the last surviving members of their species, even though that is not integrated into the story much, and at no point do they ever really bond because of it. Lobo stays annoying all throughout and J’onn is grim, far too much for my liking.

Superman himself, also, is pretty much a wimp all the way through as he gets his butt kicked by every character who has powers in this movie, and doesn’t even really save the day himself. If this is because they’re trying to make him a wet behind the ears rookie, I still don’t accept it as that means he really hasn’t come of age in a coming of age story.

Superman doesn’t have to be invincible, but at least give him a few moments.

Finally, call me old fashioned, but I like my leading ladies to do at least a little bit of fawning over the hero. In Lois Lane’s case, her infatuation with Superman is (in most stories) what leads her to a relationship with Clark as well. In this, she is weirded out and just curious, or at least that’s how she came off to me. By all means make her a strong, tough reporter, but if there isn’t a hint at something beyond that, then for all intents and purposes it could be any reporter covering Superman and it doesn’t matter.

Parasite was wayyyy too overpowered and by the end was basically Godzilla. Lex Luthor was good, but his character did suffer a little from the Silver Age smartest man in the world who could do anything motif. Not much to see here.

As I understand it, the prior DC animated movies were ultra gritty and dark, which could be why so many critics, and generally audiences, overall liked this movie. It’s gloomier than I’d like it to be, sure, but at the same time it’s not Justice League Dark. The only reason I don’t give this movie a bad review is because if it is a launching point for more stories, then it’s okay, I’m willing to give it one more chance. It may have been clunky, but it’s still a coming of age, Luke Skywalker type story, so I can let it slide. Whatever happens though, I’m hoping for more next time.