It’s no secret that the Man of Steel is a conglomeration of several characters and elements of science fiction prior to 1938. Jerry Siegel drew from many sources throughout his life and as a sci-fi fan, and there were many: books, films, pulps, the Old Testament, the list goes on. Edgar Rice Burroughs’ famous hero of Balsoom, John Carter, who could leap huge distances, fight with bestial strength and save an oppressed race that was not his own, would probably win my vote if I had to pick one source that had the greatest influence. But he wasn’t the only one. You can certainly make a case for Doc Savage, the Shadow, Samson, Hercules and many others (for an excellent analysis on the source material Siegel drew from, check out the superb “Super Boys” by Brad Ricca, although many others have written about this origin story as well). 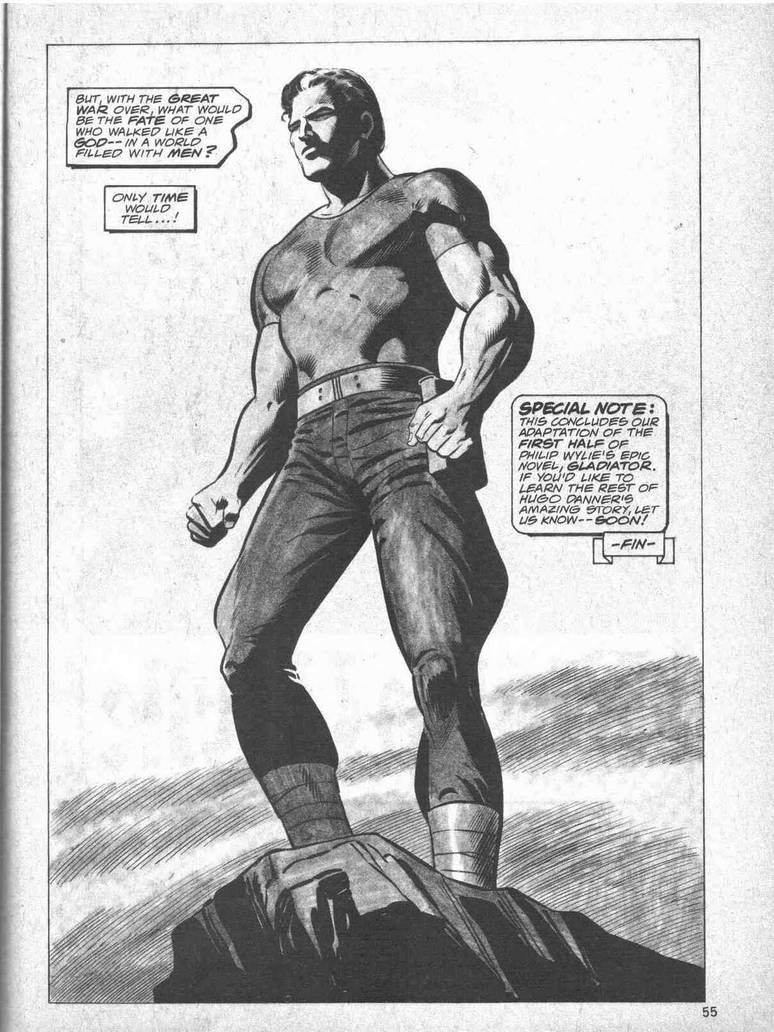 Throughout the 1930s and well beyond, Philip Wylie published many successful novels which inspired other writers and were later adapted to film and television. His third novel, “Gladiator,” which preceded Superman’s first appearance by eight years, is a story about Hugo Danner, a man with superhuman strength, speed and bulletproof skin. The parallels with Siegel and Shuster’s character are staggering, and not just in the realm of pure power. Everything from being raised in small town America to playing on the high school football team are elements that were picked up later on in Superman’s history, either by Jerry Siegel or writers after him. 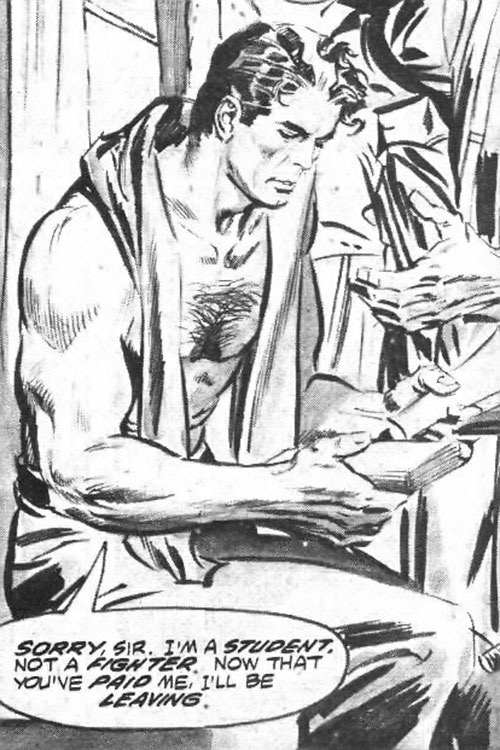 I’m always fascinated by stuff like this, the primordial ingredients from which the superhero genre was fashioned. “Gladiator” has been mentioned so many times in comic book history books I’ve read that I decided to check out a copy of its latest printing from 2015.  I can definitely see why. To be sure, creators are always inspired by others who precede them, but flat out plagiarism was rampant during the Golden Age (read a little about Bob Kane and you’ll see what I’m talking about). 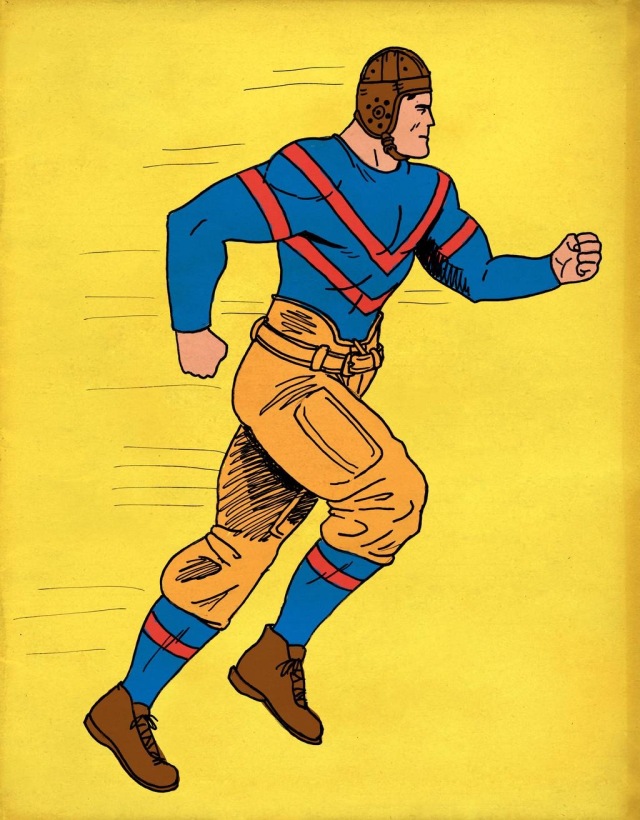 “Gladiator” begins with a crackpot scientist from rural Colorado whose breakthrough of bestowing superpowers on lab animals is successfully transferred to his own son while his wife is still pregnant with him. Like the Golden Age version of the Man of Steel, the super strength of the child can be seen almost immediately after birth, as he begins to move his metal crib while still an infant, and boulders when he becomes an adolescent. Hugo’s amazing abilities lead him away from his hometown to New York City, where he attends university, is featured as a strongman in a Coney Island sideshow, and goes through all manner of other career attempts, including pro boxer, seaman and soldier in WWI. All along the way Danner has a difficult time finding his path in life, as his powers prevent him from having any kind of stable job or relationship.

Despite amping up the angst that would most certainly come from such a human being, there are flashes in the story of Hugo Danner becoming a hero as well:

“One day [Hugo] had saved a man’s life. The reaction to that was small, but it was definite. The strength that could slay was also a strength that could succour. He had repeated the act sometime later… After that, he sought deliberately to go where he might be of assistance. In the city, again, in September, when a fire engine clanged and whooped through the streets, he followed and carried a woman from a blazing roof as if by a miracle. Then the seaman. He counted four rescues by that time… Human life seemed very precious to Hugo then.”

Rather than become a superhero rescuing people from danger the rest of his life, however, Wylie chooses to go in a different direction. In this book, Hugo is an outsider who does not fit in, constantly changing his status quo and feeling more isolated as the story goes. The more amazing feats Hugo does, the harder his life becomes. The character goes to great lengths to hide his abilities so as to not completely obliterate his day to day life.

The conclusion Hugo ultimately reaches is this:

“Hugo realized at last that there was no place in his world for him. Tides and tempest, volcanoes and lightning, other majestic vehemences of the universe had a purpose, but he had none. Either because he was all those forces unnaturally locked in the body of a man, or because he was a giant compelled to stoop and pander to live at all among his feeble fellows, his anachronism was complete.”

Without giving away the ending of the book, I’ll just say this: Although “Gladiator” is probably a more realistic depiction of what might happen if someone had powers like this in reality, it was overall a pretty bleak, if well written, story.

The truth is that Siegel was enamored with the heavy hitters of science fiction for much of his life. Although Jerry claimed that he did not read Wylie’s book until much later, a review of the book was published in his favorite magazine, Amazing Stories, at a time when he certainly would have been a regular reader. Whether directly or indirectly, there’s no doubt that elements of Hugo Danner made it into Siegel’s Action Comics scripts.

However much or little the creators of Superman drew from Wylie’s character, the greatest divergence was that Superman did what he did with a smile on his face. The bleakness of Hugo Danner’s life is nowhere to be seen in Clark Kent’s, who seems pretty jovial throughout all his Siegel-penned adventures. It is exactly here that the two characters diverge, and why I’d hesitate to call this a rip off, despite the similarities. Philip Wylie had his strongman bounce around to avoid attention, while Jerry Siegel’s created a secret identity. One was quite the downer, while the other brought a great deal of hope wherever he went, even in the character’s earliest adventures.

As Larry Tye put in his brilliant book, “Superman: A High Flying History of America’s Most Enduring Hero:”

“Superman was a creature of light, and it was that very optimism that America loved most. And although Savage and Danner were human and Superman wasn’t, his pairing with Clark Kent gave him a groundedness and humanity Doc and Hugo couldn’t match.

“What the two Cleveland teenagers had done was inspired. They had reached into the melting pot of fantastic characters bubbling up in the 1930s, picking out the choicest features then carefully reformulating them. Voila: a freshly minted Man of Tomorrow for a world not sure it had one.”

On the surface, Superman definitely borrows from the Danner character, yes. But even more likely is that both borrowed from John Carter, all three borrowed from Homer and Judeo-Christian tradition and much more. The fact that Superman caught on like he did and is around even today is a testament to some kind of originality, or certainly a combination of many things that are made to feel original. It might just be that it was done, as Tye puts it, “with too little paraphrasing or crediting.”

In any event, if interested in seeing some of the elements Jerry Siegel used to craft the greatest hero in American pop culture, arguably even today, “Gladiator” by Philip Wylie is a great place to start. 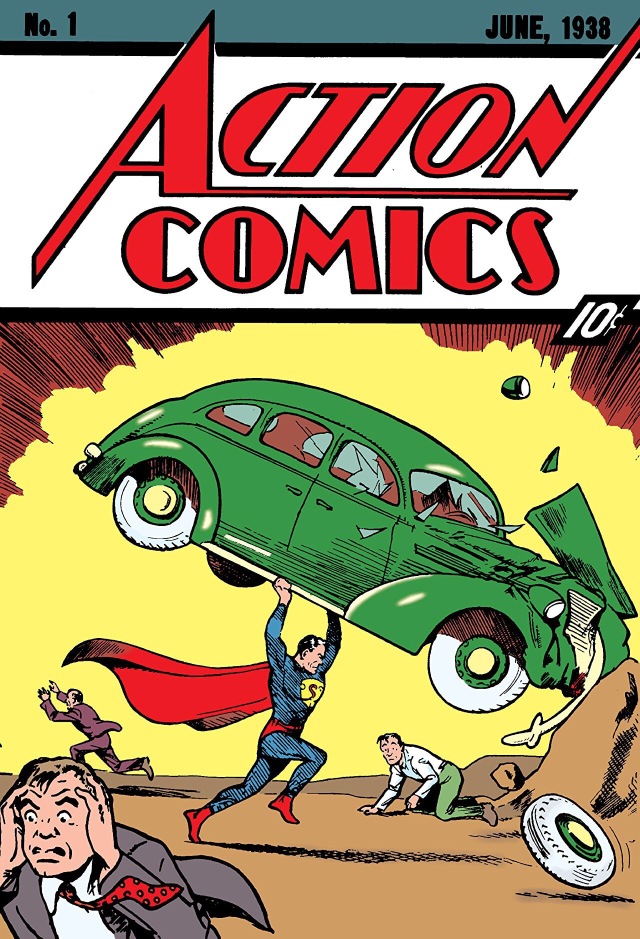