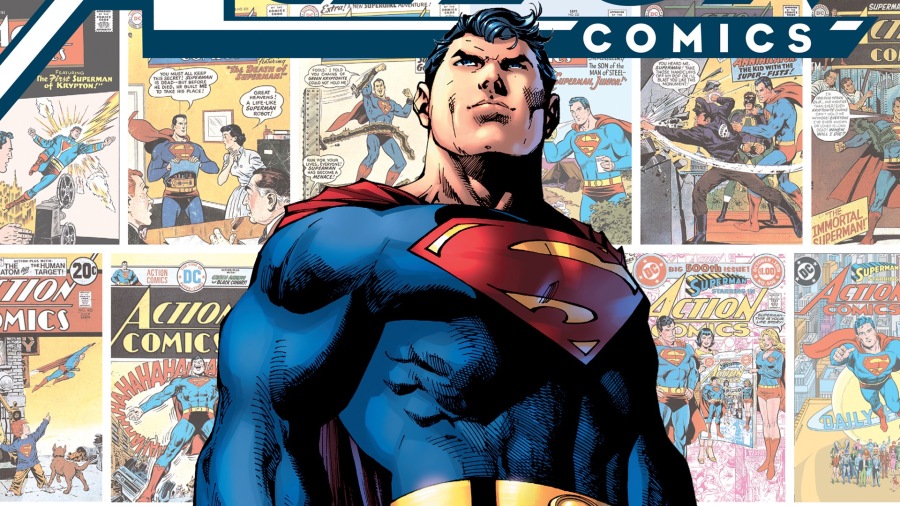 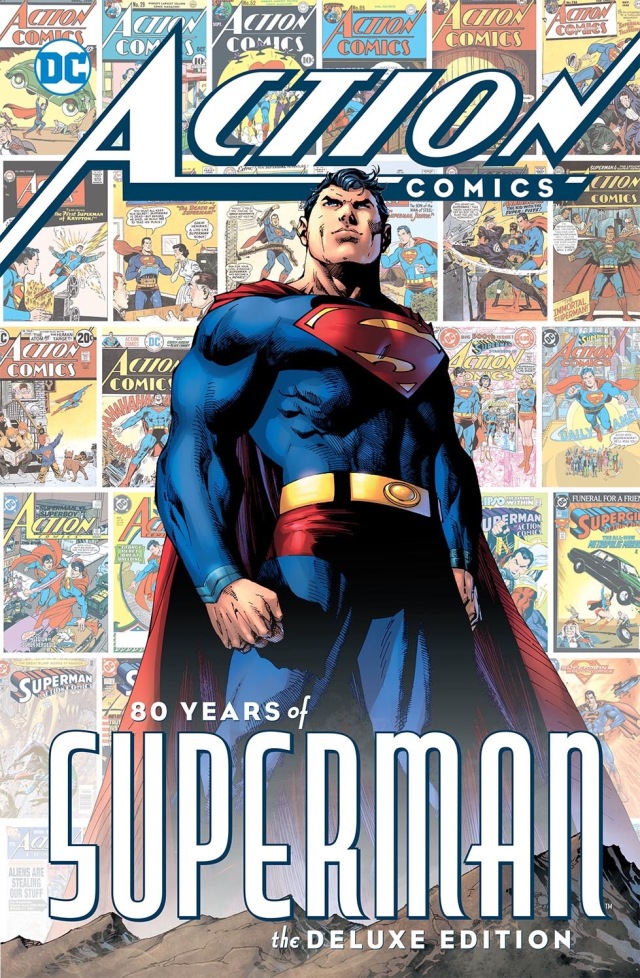 Coinciding with the incredible milestone that is Action Comics #1000, DC decided to release a deluxe hardcover to commemorate Action Comics itself, as a title.  This beautiful, nearly 400 page book was released to mark 80 years of Action (1938-2018), a staggering achievement in the world of comics or any other form of entertainment when you think about it.  As a result, Action Comics: 80 Years of Superman contains twenty stories (three of them non-Superman, as they feature characters who also made their debut in Action) from a variety of eras, as well as cover galleries, and my personal favorite, eight essays from prominent writers and pop-culture historians.  The book is packed with material that any fan of the medium, Superman fan or not, would appreciate. 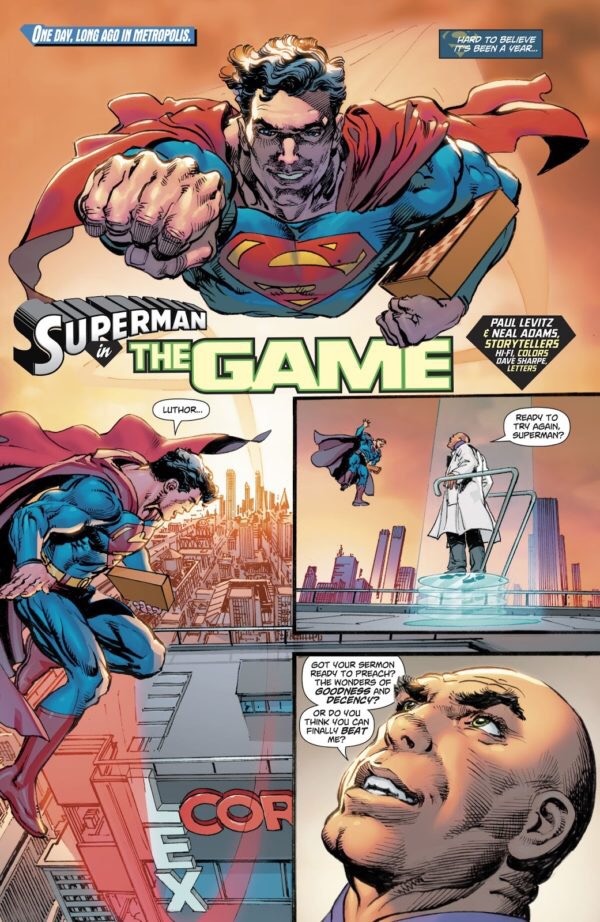 In a recent interview, Paul Levitz, who compiled this book, mentioned that one of the most amazing feats about Superman’s eightieth anniversary is just how few things in our society today are still around from 1938, in general.  If you think about it, most everything from American pop culture that was around in those days has either disappeared or is looked at as a museum piece.  Upon hearing this I tried to find something from those days, or even the 1940s, that’s still popular today, and really, what can we point to?  Comic strips are chugging along but nowhere near the level of popularity they used to have, Mickey Mouse is still on t-shirts but hardly in the public eye as he was in the 30s, radio adventure shows no longer exist to my knowledge.  What else is there?  Levitz himself mentions The Wizard of Oz, but it’s not as if further adventures of Judy and company are being made each month today. 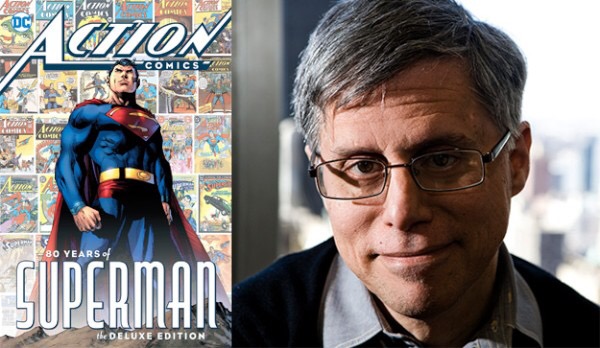 Each of the eight essayists give their reasoning as to why they think Superman’s popularity and continuing adventures have endured this long, as well as why he is most important to them, personally.  Levitz writes the first as an introduction to the entire volume, followed by Laura Siegel Larson, Jerry Siegel’s daughter (in the same interview mentioned above, Paul says that on a personal note, hers was the most significant contribution of all to this celebration, as it was a positive step towards burying the hatchet between DC Comics and the Siegel family (mentioned in some detail in Super Boys by Brad Ricca, including Levitz’s own role in making peace).  Without going into the details of that particular battle here, suffice it to say that both Levitz and Larson’s remarks contain no indication of any more animosity, at least not here, which was very nice to see).  As it should, the list of the other essayists reads like a “Who’s Who?” in the world of pop culture analysts and historians, each of whom have written, at one time or another, about Superman and his impact in the world of Americana.  I can only claim to have read Larry Tye, Marv Wolfman and Gene Yang before reading this book, all three of whom I enjoy and appreciate a great deal.  The other three I had never read before but am very much familiar with given the list of accomplishments you can read on their Wikipedia pages, or even in entering their names in any Amazon.com search. 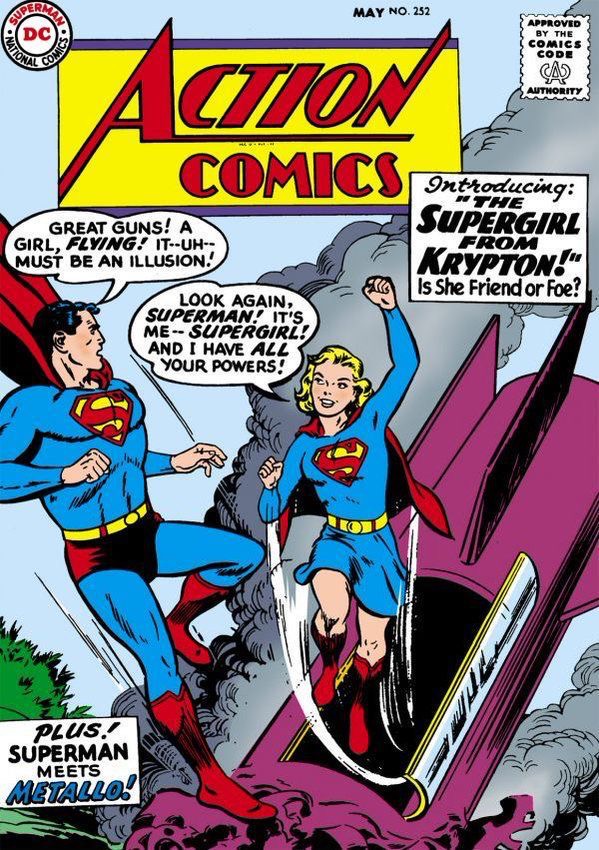 Regardless of who was writing though, I absolutely love the fact that we get commentary from writers such as these on the Man of Steel and his place in the world in this book.  It elevates this from beautiful hobby to an acknowledged art form, which is one of the major reasons I love Superman so much.  Superman’s daring feats and exciting adventures are great in and of themselves, but given that he was the first of them all, what they tell us about pop culture and even American history is just as interesting to me.  Kudos to whoever’s idea that was!

As for the twenty or so stories themselves, all of them were interesting reads, if not the greatest, understandable given the width and breadth of the character’s timeline.  In the end, we get about three stories per decade, more or less, and each hits the check boxes of the creators who needed to be represented in this book: Siegel and Shuster, Curt Swan, Wayne Boring, Otto Binder, Cary Bates, Marv Wolfman, John Byrne (still don’t understand why he wasn’t asked to do a story for Action #1000 itself) and Roger Stern, among others.  Many of these yarns you’ve probably read before in one collection or another, as I had, but it’s always nice to see good stories reprinted on nice paper in oversized hardcover format. 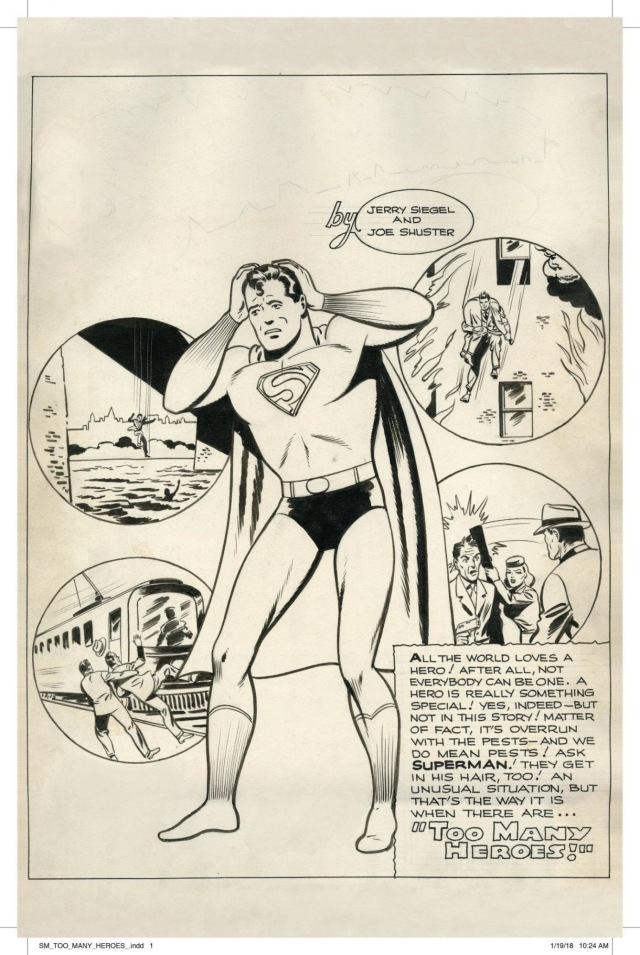 As far as new material goes, included in this volume is a new five-page story by Levitz and Neal Adams (who sadly seems a shell of what he used to be as an artist), and a well-publicized “lost” story by Jerry and the Shuster studio, which for years sat in the personal collection of Marv Wolfman, unpublished. Wolfman expounds on how he came to possess this story in his essay which precedes it, how it was given to him when touring the DC offices as a kid. While many reviews I read said the unpublished story was weak, and thus never printed, I actually thought it was pretty good! Certainly there are very simple Golden Age stories like it. I found it and the Adams story to be a nice feature, perfectly placed in a book like this one.

I will say that the color on Action #1 and 2 seemed a bit off though, as it was much brighter than the reprints in the Golden Age Omnibus (review on that book here). The bright colors work great for the Silver Age stories reprinted in this volume, but I think it weakens Joe Shuster’s art considerably. Joe’s art normally touts gorgeous shading, especially in the black and white dailies, and hatcheting in his earliest work, which I love. One wonders if the extra color was intentional or just a mistake in the reproduction process. In any case, I think it’s safe to say this was the only gripe I had with the book and a minor one, at that.

When asked his thoughts about Action Comics #1000, Paul Levitz said “Those guys got to do the issue, I got to throw the party.”  All in all, this was a great party and a fantastic companion piece to Action #1000.  Looking forward to lining this book up next to the deluxe edition of #1000 coming in September. 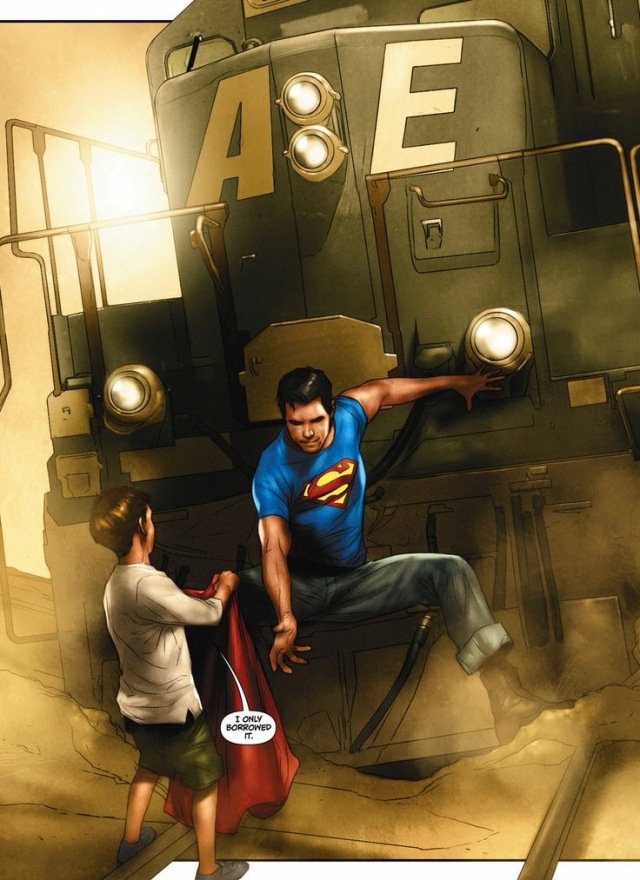 Check out my links and video pages for lots more on Action 1000 and Superman’s 80th Anniversary!!!